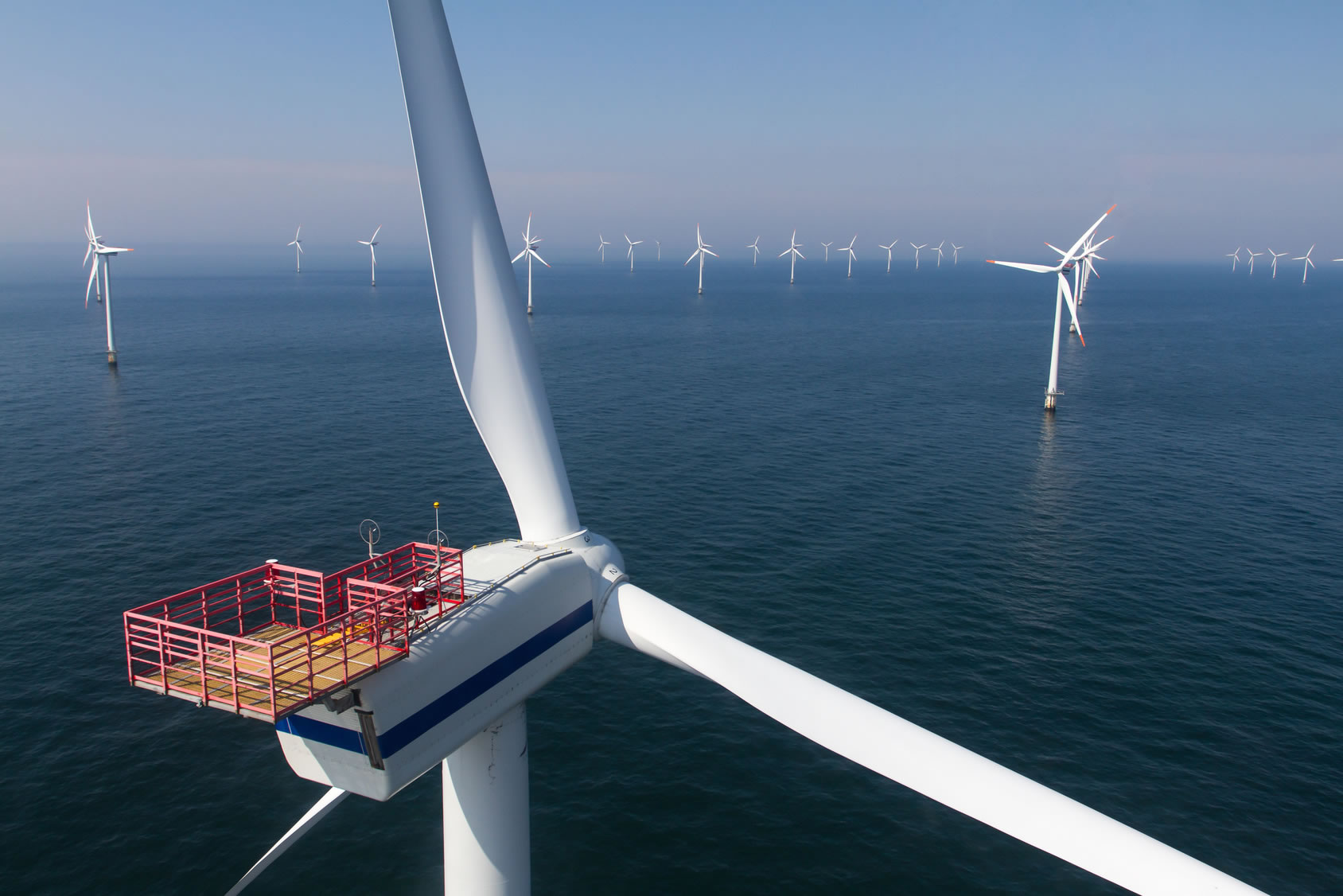 About us
Our History

From a Memorandum of Understanding to the establishment of Regional Coordination Centres: 15 years of regional coordination in continental Europe.

Founded in 2008 in Brussels, close to the European Commission, Coreso launched its operations in February 2009. At that time, it was one of the first technical coordination centres in continental Europe shared by multiple TSOs.

The European network codes and guidelines then reinforced regional coordination by enhancing the role of RSCs. No longer voluntary initiatives, the RSC roles and responsibilities were totally formalised thanks to regulatory and contractual frameworks.

On 1 July 2022, the Regional Security Coordinators (RSCs) evolved into Regional Coordination Centres (RCCs), as foreseen by the Clean Energy Package (CEP). Additional tasks will be added to the RCC tasks portfolio to strengthen the RCC key coordination role and further enhance regional cooperation in Europe.

On 1 July 2022, the Regional Security Coordinators (RSCs) evolve into Regional Coordination Centres (RCCs). The Clean Energy Package (CEP) foresees an enhanced institutional framework via the establishment of the RCCs to strengthen the regional coordination of TSOs in Europe.

The RCCs shall complement the role of TSOs by performing the tasks of regional relevance assigned to them. The TSOs remain responsible for managing electricity flows and ensuring a secure, reliable and efficient electricity system.

As an RCC, Coreso becomes then a regulated entity that will progressively have to meet the additional requirements set out in the European Regulation on the Internal Electricity Market (Regulation 2019/943). The keystone of being RCC is the implementation and execution of new tasks (services) in addition to the 5 historical tasks. These historical tasks (such as Common Grid Model (CGM), Coordinated Security Analysis (CSA), Coordinated Capacity Calculation (CCC), Short-Term Adequacy Pan-European (STA) and Outage Planning Coordination Pan-European (OPC)) and the new RCC tasks are all listed in the EU regulation 2019/943. ENTSO-E is mandated to develop a proposal for each of the new tasks, and to submit them to the Agency for the Cooperation of Energy Regulators (ACER). The timeframe for the implementation of the new tasks will be set out in each of the approved proposals. Read more information

The “RCC Establishment Provisions” is approved by all the 16 National Regulatory Authorities (NRAs) from the Central Europe System Operation Region (Central SOR), on 15 January 2021. Establishing Coreso and TSCNET as Regional Coordination Centre (RCC) in Central SOR, it determines the allocation of tasks between these two companies.

As part of Coreso´s commitment to operational excellence, the Coreso coordination room is upgraded and future-proofed. Refurbishment works are performed from 3 November until 23 December 2020 to improve operational processes and to enable our operators to perform their processes with a higher efficiency.

Coreso is hit by the coronavirus pandemic just as the whole world in early 2020.

Following the implementation of the lockdown in Belgium, a decision istaken mid-March to drastically reduce the staff physically present at Coreso while Operations activities initially continued on-site, since Coreso is considered an essential and crucial service critical to the nation. This challenges us to adapt operational processes, IT infrastructure, shift organisation in less than 2 weeks to have more than 50% of the operational activities performed from home. It is an opportunity that arose to speed up remote access for a number of operational processes.

To perform the remaining activities that must be performed at Coreso premises, the operators work in separate rooms, shift schedules are adapted from 8h to 12h, and offices are rearranged to be “COVID-proof”.

On 5 July 2019, the Clean Energy Package (CEP) enters into force, requiring Regional Coordination Centers (RCCs) to be built on the positive experience of RSCs. RSCs will therefore evolve into RCCs by mid-2022, leading to a series of evolutions regarding organisation, governance rules and procedures.

Under the CEP, the standard RSC services will be transferred to RCCs. The services that TSOs will identify in the future as necessary for regional coordination – such as the management of critical grid situations –  and new tasks identified in the CEP will also become part of the RCCs’ portfolio, while other tasks mentioned in the CEP will only be part of the RCCs’ portfolio if delegated by the TSOs.

To get more information about the CEP, please consult the ENTSO-E and European Commission websites.

Under the title #PowerCoordinationEurope – “Think globally, Coordinate regionally and Act locally”, the second edition of the ElSeC (ELectrical SEcurity Coordination) conference is organised and hosted by ENTSO-E and Coreso, in partnership with the Florence School of Regulation and the Energy Post.

Over 250 participants from all of the different fields of the energy industry attend the conference. They contribute to the lively discussions throughout the day and had a unique opportunity to explore the European electricity ‘stellar system’ with its local, national, regional and European dimensions, its market, operations, planning and innovation galaxies, with IT as the vehicle connecting the dots between them.

An RSC working table is established in February 2018 as part of the regional power coordination perspective. Three different workshops are organised: the first in Munich in April and the following ones in Copenhagen and Hamburg.

The managers of the five European RSCs meet with the common goal of ensuring alignment between RSCs and providing support to the ENTSO-E RSC Project, focused on the delivery of the best possible service levels for the TSOs. The long-term goal is to have regular meetings with all the European RSCs in order to exchange views on common challenges.
These fruitful meetings represent the concrete output of earlier discussions between Coreso and TSCNET Services with regards to the enhancement of inter-RSC coordination and RSC cooperation on development issues. They are an illustration of the fact that enhanced cooperation between RSCs will be key to reaching our common target.

On 15 December 2017, Eirgrid and SONI, the two grid operators on the island of Ireland join and become a shareholder in Coreso, the coordinating body for regional security. They join their European counterparts from Belgium (Elia), France (RTE), the UK (National Grid), Italy (Terna), Germany (50Hertz), Portugal (REN) and Spain (REE).

Since late 2015, Coreso holds the status of Regional Security Coordinator (RSC) as per the regulatory framework of the European Network of Transmission System Operators for Electricity. This framework clearly outlines five mandatory services that each RSC must provide to its shareholders and requires every TSO within the European interconnected area to be part of an RSC.

Five services must be developed and implemented by the RSCs to facilitate, assist and improve the operations of Europe’s TSOs, from one year-ahead to intraday:

The European Awareness System is established: technical implementation of the EAS (ENTSO-E Awareness System) at Coreso (read access via the RTE connection to EAS) is completed. Coreso can now also view the most important real-time parameters for the European electricity system.

Renewables data provision: Along with a renewable energy data provider, Coreso now has a view of both wind and solar generation forecasts across all of Continental Europe and Great Britain.

On 1 July 2009, Coreso starts operating 24/7 with experts hired from participating TSOs at its Brussels-based centralised coordination centre. Coreso provides virtually real-time security analyses in addition to day-ahead forecasts. Studies are completed based on so-called real-time ’snapshots’ supplied by TSOs. Computational models provide results every 15 minutes that are used by expert engineers to assess the security of the European electricity system. Read more information.

A Memorandum of Understanding (MoU) is signed on 6 June 2007 by the German, Belgian, French, Luxembourg and Dutch governments and the actors involved (TSOs, power exchanges, regulators, market players) in support of the regional CWE initiative. The Memorandum of Understanding aims to introduce market coupling between the CWE electricity markets and improve coordination between TSOs to ensure security of supply in Europe.

Following serious electrical power disruption in Europe, 15 million people are left on 4 November 2006 without power due to a lack of coordination between Transmission System Operators (TSOs) in the Central Western Europe (CWE) area. The European Commission, together with TSOs, starts looking into ways to improve coordination between TSOs to guarantee the safe operation of the interconnected system with a view to maintaining security of supply.